Thank you for your interest in downloading the full report. We are currently working on the final version...

Please leave your information and we let you know as soon as The Report is ready to download.

Would you link your brand to a dishonest act?

It was not clear to me the lack of awareness there is about the diving problem until I saw a commercial spot from Abitab, a financial institution in Uruguay, featuring Luis Suárez.

Then the time comes when he dives at the office after being just lightly touched by a co-worker.

As funny as the scene looks, it makes me think:

It just doesn’t make any sense that a financial institution would willingly link their brand to a dishonest act. They wouldn’t do it with money laundry, they wouldn’t do it with tax evasion, but they do it with diving. Why? Because diving is part of the collective unconscious. Our sport heroes do it, it happens all the time, most of the time it goes unpunished and sometimes it’s even rewarded.

That’s what we are trying to do with #StopDiving, we are raising awareness so that someday diving, as any other dishonest act, is looked down with disapproval. So that all professional players become an example of honesty and integrity to the next generation. Remember, the world’s youth is watching!

Please support this cause by signing our petition to all professional football players. You can also learn more about the cause reading our manifesto.

Disclaimer
I’m not saying Abitab is a dishonest institution, I didn’t know about them before I watched this spot. I’m not saying Luis Suárez is a bad player, undoubtedly he’s one of the top forwards in the world. I even have to praise the company that produced this spot, it’s clearly high quality, engaging and very funny. I’m just pointing out an unexpected association of ideas.

We are thrilled to see that James (one of our own!) has declared victory on his #StopDiving petition ... 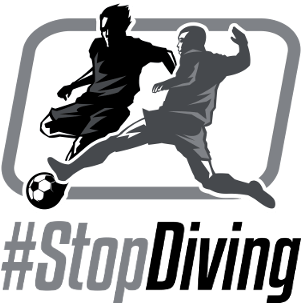 Today we're launching our cause to ask football players to #StopDiving. Fans throughout the whole w ...

Challenges for VAR in the 2018 World Cup in Russia

The hottest topic in football at present, VAR stands for video assistant referee. It is being triall ...